Value Added Course aims to transform the personality of the students in such a way to have the personality, exposure, skills, and self-confidence and technical skills to take on the most urgent challenges and assignments starting from day one of their employment. To bridge the gap between academia and industry, the department offers technical VAC Course to the students. The students find this course very useful as it boosts their academic profile. 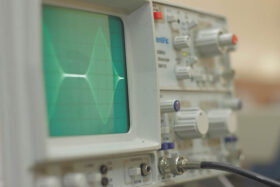 This program is very important for overall development of students as it helps in gaining:

The pedagogy used for the same is: